This week the planets transiting Cancer are in opposition to Pluto as they reach the midpoint of the sign and beyond. Pluto stands for collective forces, often unconscious and unseen that may surface at this time. This could be confrontation with authority figures in the sign of Capricorn. The individual (Sun in Cancer, cardinal water sign) is confronted by oppressive issues that may be his or her own unconscious conflict brought into reality. A transformation is at hand. Defensive measures are not adequate to meet this opposition. If you are a Palestinian novelist facing death threats, this would be you.  Exposing taboo is always a danger in an oppressive society. A careful airing of grievances could help reduce the impasse. The Sun and Mars remain in Cancer this week, while Mercury moves into Leo after the 5th.  Venus enters Gemini giving a wider diversity to attraction and levity, and possibly a change in attitudes.

Wednesday July 5th – The Moon enters Sagittarius early in the day, in time to oppose Venus in Gemini. Gemini and forward-looking Moon in Sag seek freedoms while political opponents seek to countermand the openness and diversity (Pluto opposes Mars and Sun in Cancer). Mercury enters Leo as creative summer plans begin to unfold. The Sun in Cancer is square aspect (90 deg harsh) to Jupiter in Libra, although this aspect is harsh benefits may also be a result. Jupiter will expand the need for balance as the Sun focuses on personal achievement. Sun trine aspect (120 deg easy) to Neptune might invite you to adventure that is off the grid, off-beat or even scary. Don’t forget the sunscreen! Keeping balance is important now (Jupiter in Libra) although your goals may seem out of the ordinary.

Thursday July 6th – Mercury in Leo sextile to Venus in Gemini may get you into more exotic adventures, and if you forgot to apply the sunscreen you may be suffering a bit (Sun quincunx to the Moon in Sagittarius -live and learn). Ceres is at 28 deg Gemini today, square aspect to Neptune in Pisces while sextile to Uranus. Suggest working with the practicality and the unusual now, the daily struggle and the unexpected, go with the flow and keep a balance as well. The Moon transits Saturn later in the day as ritual combines with accepted formality.

Friday July 7th – Planned activities may encounter restrictions (Mars in Cancer quincunx Saturn in Sag) as caring for self and family conflict with legal standards. Difficulties in finding cures or medication may arise. Transformation is taking place. There are major changes in policy or social attitudes as Pluto in Capricorn opposes the midpoint of Sun and Mars in Cancer today. Venus sextile to Mercury keeps communication channels open. The Moon trine aspect to Uranus could then speak for legal issues, disposed of by Jupiter in Libra, could modify the radical elements or reversals. 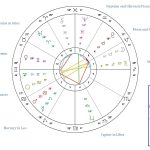 Saturday July 8th – The Moon in Capricorn as a Full Moon is conjunct Pluto as the G20 summit winds down world leaders (Pluto in Capricorn) speak their intentions, Mars in Cancer also so opposed by the Moon, as strong divisions remain.  Security issues are foremost in the final analysis. Parental pride (Pluto conjunct the Moon in Capricorn) and maternal power (Sun and Mars in Cancer) combine in a of the cycle family unity. Exposing of discord, on the other hand, might also be highlighted now. The Moon is the dispositor of the Sun and Mars in Cancer, promoting transformation with the conjunction to Pluto.

Sunday July 9th – The Moon opposes Mars, an opposition to aggressive actions, while the Sun opposes Pluto to form alliances of power. Pluto and the Moon in Capricorn (supreme power) are disposited by Saturn (structure and focus) in Sagittarius (legislative body). Agreements that the President may make must be ratified by Congress. Mercury in Leo, disposited by the Sun, could highlight the exaggerations from positions of authority. While Jupiter is quincunx Neptune in Pisces, agreements may be adjusted or undermined. The question of obstruction of justice is not settled (Sun opposes Pluto) and continues as a festering sore point (Pluto is disposed of by Saturn in Sagittarius).

Monday July 10th – The Moon in Aquarius opposed by Mercury in Leo and trine to Venus in Gemini awakens the instincts of the press and the electorate. Communication creates groups of like-mindedness. The worldview is shifting. Pressure from media could undermine (Pluto in Capricorn) positions of authority. Reflections of self bring about more objectivity. Individuality (Sun) is absorbed into the collective (Sun opposes the collective force of Pluto).

Tuesday July 11th– The Moon in Aquarius is trine aspect to Jupiter in Libra today, as the beneficial effects of a balanced worldview is more easily absorbed now. With a lunar quincunx to the Sun followed by a sextile to Saturn, legislative action could adjust or repair discord arising from the international pressure, or other outside forces. Courts may modify positions on legal issues. A more humanitarian view of criminal offences could aid in social adjustments (Jupiter in Libra).

Have a terrific day, and thanks for reading my notes.  To comment please send email to: comment@shoshananeshri.com  Sign up for the mailing list to receive your weekly aspect review in your own mailbox. Please send your name and email address to subscribe@shoshananeshri.com

Questions may also be directed to: