Jupiter, Mercury and Venus transit Virgo, a sign ruled by Mercury, and devoted to analysis as well as service and repair of existing faults. Perception of faults will of course precede the awareness necessary to make the changes needed. With Neptune and Chiron in the opposite sign of Pisces, and Saturn in Sagittarius the sluggish economy, the political struggles and ideological conflicts are presented in greater clarity. The t–square formation with Saturn at the focal point, as Saturn slows and reverses apparent motion to slowly begin forward progression our world order becomes even more open to an analytical mode.

Wednesday August 10th – The Moon is at the 1st Quarter today, square (90 deg aspect) to the Sun in Leo. Proud Leo wins the challenge, and/or being forward looking does not take loss as a final defeat but an opportunity to improve.  While Saturn (rules and regulations) may slow down the program, Mars pushes forward in the political and sports arenas. Diposited (the ruling planet of the sign position) by Jupiter in Virgo, analysis and preparation excel the winners. Perfect strategy takes into awareness the opposing outcome of defeat, and this gives strength. As the Moon also is in the friendly working trine (sextile aspect) with Pluto, the grand challenge nears perfection. The underdog (Neptune) with perfect practice (planets in Virgo) and strategy (Saturn) takes the medals. Jupiter quincunx aspect to Uranus (150 deg) portends unexpected turnabouts in conflicts and contests. Mercury trine aspect (120 deg) to Pluto allows for the skill and accuracy in performance.

Thursday August 11th – More satisfaction as the Moon is sextile to Jupiter early today, promoting friendly vibes. Later, as the Moon leaves Scorpio and finds new energy in Sagittarius, meeting with the goal-oriented planet Mars.  With renewed vigor, relationships however, may suffer as the Moon in square aspect to Venus is opposed by Neptune in Pisces. However, with damage control and a focus on goals, relationships can also help to achieve success. Jupiter opposes Chiron, as the wisdom of failure propels to victory and resulting pride, with support from significant others.

Friday August 12th – The Moon is conjunct to Saturn in Sagittarius, affecting even the most standardize rules and authorities, as selfless acts of kindness. Crowd fundraising, for example, make impossible victories the winners. As often said, the path to victory is paved with defeat. Recognizing the difficulties we all face can help turn around policy and political standards. Political capital can be gained now, as the Moon builds in the cycle and will form a trine aspect to the Sun and to Uranus, cashing in on rewards or a well earned benefit.

Saturday August 13th – Saturn turns direct, as it is square aspect to Venus and Neptune, while the transiting Moon is square to Chiron, eliciting more comforting words, if not actions. A grand trine in fire signs could be operating for you, as the costs in sweat and tears yields a victory with style. Creative energy counts now. Detailed work leads to success, as the Sun is in its own sign, while Saturn is in Jupiter’s sign of Sagittarius. Venus in Virgo is in a harsh square aspect to Saturn, as relationship and values are pushing the limits.

Sunday August 14th – Making adjustments in order to achieve goals (Mars in Sag) and maintain relationships and values (Venus in Virgo) require firmness as well as reliance on social and moral issues. Adjustments within the normative value (Moon in Capricorn) lead to success. The Moon’s semi–sextile aspect to Mars could set off a flurry of activity, especially around honor achievements and rewards. The Moon forms a favorable trine aspect to Venus.  The trine to Venus is a major aspect, with an ease signaled for advancements. A lack of stability in some relationships, as requirements seem to be lacking, standards are dissolved and (Venus opposes Neptune) could signify a loss of attraction, or emotional insecurity (Saturn square to the midpoint of the opposition). Security issues may then be questioned. Saturn turns to a direct (apparent motion) so there may be a change in security procedures, although a ponderous or slow reaction to the on-going need of the events. This is a worrisome time because of the huge gathering at the Olympic stadium in Rio. 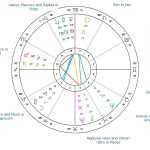 Monday August 15th – The Moon conjunct to Pluto today can revive undercurrents in power centers, political or governmental offices, possibly affecting entire populations. Preparedness is the key to navigating the storms, whether of personal, interpersonal or external events.  Your schedules may be upended, or new information can emerge to change the balance of health and personal needs (Virgo work issues) vs that of the emergency needs in the world (Neptune in Pisces).

Tuesday August 16th – Widespread concern for victims of violence or natural disasters mobilizes aid services.  The Moon enters Aquarius, as more like-minded charitable organizations offer relief to the victims. The more tragic the situation that arises in the aftermath of conflicts, more charitable gifts are called for (Venus in Virgo trine Pluto in Cap) and produced for those in need of services, and the more the world becomes restructured and organized (Saturn in Sag), working together to repair damages (Jupiter, Mercury and Venus in Virgo). With a Full Moon eclipse on August 18th, slated as an “almost eclipse”, preparedness is the key to emergency relief success. Although I have nothing that indicates a large scale emergency at any particular time or place, and certainly a panic could be the indication here, not an actual natural disaster or unnatural attack. Keeping safety measures in mind would be advised, however.

Pray for a better week and the outcome may be very different.