As the Moon moves from Aries with a sextile to Mercury in Gemini, giving much anxious discussion, to the more practical measures of a Taurus transit, more cooperative measures are underway, with a sextile to the Sun in Cancer.  The upset in Euro membership breaks up the European unity, spiraling down economic indexes.  Jupiter in Virgo, the everyman participant and critic,  as the global participation weakens, moves away from the trine with Pluto. The breakup continues with Venus in opposition to Pluto, and a wave of isolationist thought takes hold.  Mars completes the retrograde phase and turns direct on the 30th of June. The quincunx (or inconjunct) 150 deg aspect From Mars to Uranus is prolonged, as more efforts to seek individuality and a universal acceptance of self-expression, are explosively sought. The transformation (Uranus) represents a creative (quincunx) movement (Aries) such as for social gender identity (Scorpio) which has arrived in an abrupt manner (Mars).

Wednesday June 29th – As Saturn moves away (very slowly) from the square aspect to Neptune, the consequences of the refined and curtailed amorphous experiment are further analyzed (harsh 90 deg aspect). Did we ever know the direction or the consequences? After a test, a political referendum (Saturn in Sagittarius) there is a response, a shiver and a deflation with the harsh square aspect to Neptune in Pisces. Political fortunes (Saturn) continue to be hazy (Neptune).  Yet, status (Pluto in Capricorn) and loss (Mars retro in Scorpio) has to be in the final assessment.  A more practical assessment of status (Jupiter trine Pluto) and a reflexive acceptance of loss (Mars trine Chiron) can be expected. 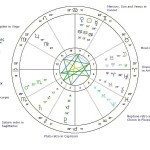 Thursday June 30th – The Moon’s sextile to Venus, as Venus is opposed by Pluto certainly coincides with the SCOTUS decision on abortion rights.  Venus and the Moon, in a friendly sextile, promote action that is accepting the decision in a favorable light, and favors promoting issues that are related to personal and feminine rights. Capricorn, Cancer and Taurus are all signs with a yin or yielding nature. Women are predisposed to accept standards, perhaps in view of any prevailing situations. The time is certainly ripe for more gender equality. A grand–trine in earth signs (yin nature) gives a boost to this two hundred year campaign. While two planets in fire signs remain in their stationary phase (Uranus and Saturn) and are powerful energies in the masculine (yang) modality, the water signs are occupied by Mercury, Sun, Venus (in Cancer) Mars in Scorpio and Neptune with Chiron in Pisces. This is also a probable grand–trine in the yin modality, as Mars, a masculine energy in the yin sign turns direct, and regains strength.  There is a doorway for women’s rights to become enshrined in legal statutes and political platforms.

Friday July 1st – With three planets in Cancer today, the Moon in Gemini (the dispositor of the planets in Cancer) is empowered to meet challenges.  The Moon is opposed by Saturn, as well as relating by a square aspect to Neptune, forming a T–square configuration. As the rather formless Neptune is occupying the focal point, it continues to fester, and could actually be an energy of dissolution to the conflict that arises.  There seems to be less and less basis for the challenges on the table. Lack of substance, lack of credibility as Neptune dissolves the challenge.  The Sun is in a trine (120 deg) aspect to Neptune, casts a light on the emotionally biased, psychological issues that confound progress. Some concerns are dissolved by the courts (Sagittarius) and political agendas are shifted. Greater definition, focused differentiation is required to understand if there in fact a basis to claims. The quincunx of the Sun to Saturn in Sagittarius helps modify legal measures, using ingenuity to clarify positions.

Saturday July 2nd – Venus sextile Pluto awakens the powerful voice of the average man and woman to engage in discussions, as the Moon in Gemini challenges and draws them into a consensus for social direction. Mars, now moving forward in Scorpio, regains footing with an insightful (quincunx aspect to Uranus). While practical, focused work achieves results, a visionary view of the future determines goals.

Sunday July 3rd – The status quo is effectively challenged with the Sun and Venus in Cancer opposing Pluto in Capricorn.  The will of the electorate (Jupiter in Virgo) is understood as consequential to the established powers, as Jupiter trine Pluto continues in effect. Jupiter is also sextile the mid-point of Sun–Venus and opposing the midpoint of Neptune–Chiron. The Moon exits Gemini for its home sign of Cancer, to add to the water sign (emotional) dominance of the day.

Tuesday July 5th – The Moon trine to Chiron today, offers some wisdom in retreat, as the grand trine with Mars and Chiron may have led to too much exuberance. We are feeling laid back and satisfied. While much has been achieved, more tasks lie ahead. The Moon moves into Leo, changing the tone to a more eager (fire sign) involvement. You may be more inclined dream up plans that to carry them out, as Mercury trines Neptune and Mars in Scorpio is in a close quincunx to Uranus in Aries today, igniting dreams with visions of power.

Hope you have a great week! Enjoy the July 4th weekend!