This week, as we move into the winter season (in the northern hemisphere) the Saturn – Pluto square aspect (90 deg, harsh) is winding down, and the Mars– Uranus opposition aspect builds. Neptune turns direct and the Moon transits Neptune and Chiron in Pisces this week. With the Saturn–Pluto square aspect we saw the downfall of Mugabe, the life tem President of Zimbabwe and the death of cult leader Manson-who was serving several life terms for murder. The final ending of a regime and the end of the Manson family and perhaps other life chapters have ended. Some not so dramatically, but with individual impact, none-the-less. We overcome one crisis, and another tension-building drama develops. Neptune turns direct (apparent motion form our viewpoint) now, as Jupiter in a trine aspect (120 deg, easy) to Neptune is gaining in power as the devastation left behind by Hurricane Maria continues to afflict Puerto Ricans, and voices for assistance increase in volume. Accusations of misconduct and abuse move into the court arena, as the Sun, Mercury and Saturn are in Sagittarius, while Jupiter and Venus remain in Scorpio, plaintiffs now seeking economic or emotional closure through court actions. These aspects may also be helpful in relationship building, and may work to strengthen existing relationships.

Wednesday November 22nd – The Moon in Capricorn transits Pluto today, producing a flare-up of the square aspect (90 deg, harsh) to Mars in Libra. With Venus in Scorpio in a sextile aspect to the Moon–Pluto pair, dark humor may also converge on the events at this time. Satire is sure to result.  We may be seeking perfection (Moon in Capricorn), but Venus in Scorpio is bound to uncover some flaws. Personal conflicts are out in the open now. The Sun moves into Sagittarius, as conflicts are ready for negotiations. Jupiter is approaching a trine aspect with Neptune now direct (apparent motion) reversing in Pisces, as demonstrations for assistance increase. Mercury in Sagittarius meanwhile, is forming a square aspect (90 deg harsh) to Chiron in Pisces, as more empathy is expressed.

Thursday November 23rd – The Moon is in a square aspect (90 deg harsh) to Uranus early today, as conflicts with authorities may arise. Working through intense times with relationships as Mars afflicts (180 deg opposition) Uranus from Libra.  A personal will to overcome conflicts helps to balance and adjust the situation. Mars and Venus in a semi–sextile (30 deg, supportive) aspect, is mildly helpful, with the promise of reciprocity or increased commitment. The Moon enters Aquarius late in the day, as understanding reaches an acceptable level (sextile aspect to the Sun in Sag).  The Moon opposes Ceres in Leo as concern and some reciprocity or praise for contributions to charities (a T-square with the opposition planets square to Jupiter in Scorpio) is likely.

Friday November 24th – The intellect is free to associate in the air sign, disengaging from other cares in Aquarius, the Moon associates with like-minded groups, perhaps causes that are of interest. A square aspect (90 deg, harsh) to Jupiter in Scorpio then leads to a deeper commitment. A romantic involvement could attract your attention. You can feel uplifted by associations that you have invested in, and that further your goals (Moon trine aspect to Mars in Libra). Mercury in Sagittarius is trine to Uranus retrograde in Aries for rapid electronic communication. Quick thinking may avert disaster. There could also be reversals in laws through courts or legislative actions.

Saturday November 25th – You may feel compelled today to take a stand, to promote a cause or to work on personal issues. Shadow memories or complexes can be examined or memories released now. Work for healing and regeneration of self and community can be successful today. Relationship issues may erupt unexpectedly with the Moon in Aquarius makes a harsh square aspect (90 deg) to Venus in Scorpio. The details may be of a personal subconscious experience or an actual present day relationship with the Moon in a sextile aspect (60 deg, friendly) to Uranus retrograde in Aries. There could be dramatic changes in relationships as Ceres in opposition aspect (180 deg) to the Moon could also evoke memories and ideals that could conflict with emotional attraction. Venus in a quincunx aspect to Uranus would also ferret out discord or provoke self-defensive reactions.

Sunday November 26th – At the 1st quarter Moon phase today, a crisis in development can occur, in attaining a workable solution to relationship issues or personal issues of redemption or life transformation. (See image of chart below) 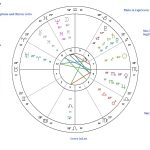 The Moon in Pisces forms a square aspect (90 deg, harsh) to the Sun in Sagittarius.  Soul searching and honest reflection help in the transformation process. With the Moon and Neptune in a trine aspect (120 deg, easeful) to Jupiter in Scorpio, catharsis brings relief. Creativity involves applying inner wisdom to the situation (Chiron in a quincunx aspect to Mars in Libra), as concessions could be made now. Love allows for acceptance of flaws and mistakes in the loved one’s personal experiences.

Monday November 27th – Mercury conjunct to Saturn in Sagittarius limits as well as focuses the mental process as standards and traditions are integrated into activities. The Moon sextile aspect (60 deg , friendly) to Pluto in Capricorn early in the day, applies the lessons learned to the real world although this could call for concerted effort. Fault-finding as we try to dissipate inequality (Mars in Libra) or a backlash, as Uranus retrograde continues to ply toward the opposition with Mars. Toward evening, the Moon in a trine aspect (120 degrees, easy) to Venus in Scorpio brings a successful conclusion with emotional satisfaction.

Tuesday November 28th – Mercury is empowered by the Saturn conjunction in Sagittarius, now is in a harsh square aspect (90 deg) to the Moon in Pisces. This communication could be on a rescue mission, or be able to uncover hidden knowledge. Questioning in a court of law would also be a possible outcome, uncovering truth or a buried memory of events brought to light. The Moon enters Aries in the afternoon hours, and will be in a trine aspect (120 deg, easeful) to the Sun late in the day. A new commitment may be in the offing. Sports activities would be preferable for this aspect to the Sun in fire signs, with Saturn and Mercury also in the fire sign Sagittarius. If that is not possible due to the late hour in the day, try active mental games or even an action-filled adventure film to experience the benefits of the aspect.

Have a great day, stay safe, and thanks for reading my notes.  To comment please send email to: comment@shoshananeshri.com  Sign up for the mailing list to receive your weekly aspect review in your own mailbox with the dialog option on the site www.shoshananeshri.com