Jupiter in Virgo is expanding our ability to fix and repair, deal with details, and do the household chores, while finding ways to improve how they are done. New issues come along frequently, daily if not several times a day, major repair jobs, minor wiring, etc. Jupiter in the 3rd decant of Virgo, is able to gather resources and apply them.  There is hardly ever a problem that we don’t have the ability to fix.  Whatever house in your chart Virgo is located, and Jupiter now engaging, you are finding social problems or more worried and connected to universal issues.  Natal and progressed planets are also playing a role. When Jupiter is in square aspect to the Sun, for example, some action is likely to be precipitated.

Now, looking at a more universal level, beyond diaper changing, as to how the next generation or two will have to find solutions to problems that this generation has created, or so it seems.

Without engaging in finger pointing, we can say that the pollution, the global warming changing our comfort level, is an inevitable result of the fuel and life-style we have all been a part of. The global conflicts, including the terrorism confronting us, however, is not new. It has changed its face, or its location, but little else is new.  The scourge of the seas, the pirate gangs, the outlaw gangs, etc, have been around forever, throughout recorded history and before. What is different is the universal aspect, the global communication, and the use of technology on both sides of conflicts.  That is, what I call the Uranian factor.  Uranus in Aries is the aggressive inventor, the innovative genius, Internet and the social media or technology expert.  We see technology used for evil purposes, although its inventors thought only of the good, the advantages, and, of course, the profits.

Wednesday December 16th – While Jupiter takes a back seat to the more active aspects today, the Moon passes through the initial phases of the cycle, and is sextile to the Sun earlier in the morning. Pleasant moments can be found in planning the social events for the weeks ahead.  Venus in Scorpio is in a sextile aspect (working trine) with Pluto in Capricorn. Planning a guest list, working our call list, or settling accounts may not be comfortable, yet rewards can be found in working around the objections. Saturn in Sag is semi–sextile to Mercury in Capricorn, applying limitations or narrowing the prospects might be in the plan. Being overly selective, however, may not only ruffle feathers, but lead to future complications. The Moon enters Pisces later today, increasing sensitivity for water sign people.

Thursday December 17th – While the Uranian factor, a broad spectrum effect that breaks down barriers, may still be active for those with Aries planets near the station of 16 deg of the Cardinal fire sign, Pluto in Capricorn seems to be putting on the brakes.  Pluto can suppress emerging elements, some that challenge the status quo. Pluto in Capricorn symbolizes the legal power, the top authority, or the collective power of a nation or given population. The Moon in Pisces is sextile to Mercury in Capricorn, and may tend to eliminate obstacles limiting information, opening new legal cases, as Saturn is the dispositor of the planets in Capricorn. Saturn in Sag is bound to press for principled legality, for intellectual rights, and freedoms promised in the Constitution. In depth reporting of human interest stories are popular, as the sextile to Pluto from Venus in Scorpio, would strive to get the hidden facts out, to expose the dirty laundry, so to speak. As the Moon joins Neptune in Pisces, then is square aspect to Saturn, power notables may be discomforted. There is an erosion of trust, of acceptability of powerful figures in public office.

Friday December 18th – With Venus trine aspect to Chiron, some issues can be explained away, with apologetic speech making, while others may prove explosive. The air seems full of conflicting views, and as the secular year ends, more analysis and reviews are exposing opponents.  Today the Moon opposes Jupiter, and draws out or exposes matters that were hidden from view, allegations of existing corruption, and misuse of power, could be only the tip of the iceberg. With Venus in Scorpio, trine Chiron in Pisces and disposed of by Pluto in Capricorn as well as the quincunx (150 deg) aspect to Uranus. Secrets of power are at last revealed, as the Moon moves into Aries.

Saturday December 19th – Investigative reporting, indicated by Venus in Scorpio, reveals intimate details. The Moon in a trine aspect to Saturn offers some solace, and a measure of stability. Trends that have existed over time are not easily reversed. Mercury joins with Pluto in Capricorn, giving a avenue of expression for leaders to unify their people, open inside facts to public knowledge. A transformation could be underway now, as momentum gains in some quarters, even to reverse political appeal for candidates or seated officials.  At 6:00 PM EST, the Moon is conjunct to Uranus. A sesquiquadrate (135 deg) aspect between Mars and Neptune also has been in effect for several days, probing (Mars in Libra) our inconsistencies or failures (Neptune in Pisces).  A stunning revelation for many.

Sunday December 20th – More action today, as the Gibbous Moon phase is dynamic, gaining influence, and assessing reactions, before the opposition to Mars, balances the public and private opinion makers, challenging and upsetting, self-proclaiming injustices done, and demanding equality.  The trine aspect to the Sun gives hope for redemption through moral or legal rulings.

Monday December 21st – The Moon in Taurus today, is concerned with material comfort, and sextile to Neptune seeks to overcome gaps in welfare. Human rights organizations (Moon in Taurus) appeal to moral or religious doctrine (quincunx Saturn in Sagittarius). Mercury sextile to Chiron gives voice to the suffering and pleas of the needy. A review of the past year, and planning for the future focuses on the losses and needs of the migrants and refugees.   The last day of the Sun in Sagittarius, pushes for renewal at the winter solstice. 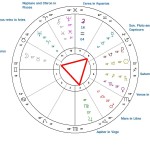 Tuesday December 22nd – A grand trine in earth signs complements the solstice, as the Sun moves into the Cardinal earth sign of Capricorn. The Moon opposing Venus in Scorpio can draw on shared resources to fit the bill.  The abundant earth produces a cornucopia of goods.  However, as Uranus in Aries is square the midpoint of Mercury and Pluto in Capricorn, a displacement in government and business organizations reaches a new height. It is a good time to clean out corruption and false claims, to reorganize and set new priorities.

Have a successful week. Thank you for reading my notes.