Mars is closing in on a conjunction with Saturn in Sagittarius. Whenever the two planets Saturn and Mars are in aspect, there is a conflict of action in the face of restraint, outright blocked or inverse action.  In the fire signs this will be very overt. In the mutable fire sign of Sagittarius, this can promote change and greater efforts to accommodate and work through problems. Sporting greats have gone beyond limits this past week. There is more to come. Legal issues, the racial divide is also being addressed in political and media discourse. This is certainly an issue that will be tested more this week. The blacks v. the blue, the law v. implementation of the law, and how to differentiate and fix this pervasive problem reach the point where action is necessary.  Another celestial indication is the Full Moon (almost) eclipse on the 17-18th this week. Tragedy may be averted with the application of training and personal awareness (Virgo planets quincunx to Uranus).

Wednesday August 17th – The Moon in Aquarius brings universal awareness, now with sextile aspects to Mars and Saturn in Sagittarius.  The aggression with the Mars aspect precedes the aspect to Saturn, as the two power centers prepare for a meeting. Sparks fly, and the fires are stoked, as the observer (Moon in Aquarius) seeks to influence the outcome. Positions are taken in the conflict, as the issues reach a boiling point. Venus in Virgo is trine aspect to Pluto in Capricorn, as seekers for office or rewards are placating the populace. Respect for law and order is applied, and a civil arrangement can be made.  A word from the wise should be heeded. The Sun in trine aspect to Uranus can give individual initiative (Uranus) the audience and respect (Sun) necessary to gain ground for a cause. While on the one had there are barriers (Saturn) and conflict (Mars–Saturn conj) on the other there is political standing (Sagittarius) and initiative (Mars).

Thursday August 18th – The Full Moon  today brings the issues of the cycle into view, seen more clearly, and as an almost eclipse, could reverse some trends, recover losses or even reveal the growing tide of change. Surprising revelations are possible as we get the full impact of Mars –Saturn conjunction in the next few days. Mercury quincunx Uranus as the role of the media (Mercury in Virgo) is crucial to discovery and publication (Mars in Sagittarius) of the complex issues of the day.  It is time to conquer the false ego of self-aggrandizement (Leo), self-infatuation, and turn towards the service for humanity (Pisces) agenda. 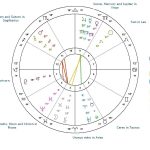 Friday August 19th – The Moon transits into Pisces, where it is conjunct Neptune, as the unusual, unpredictable and almost unfathomable events are showcased for awareness. As one world, one people, we are affected by the plight of others.  The violence towards the foreign aid workers in S. Sudan this week is one example, and may be worst we have seen so far.  As attention turns away from the sports arena and towards rescue and revival of the victims (Moon in Pisces), the home scene is again all about the presidential candidates, and especially their programs for addressing the suffering of victims (Neptune in Pisces) of violence and disasters.  Afflicted (90 deg square aspect) by Mars and Saturn, the Moon responds with the emotional appeal, the awareness and the generation of assistance through the commitment of the personal (Mars) and the organized (Saturn) entities, to focus energy on the 3rd world population that is undergoing tremendous upheaval and conflict.  The Moon will also oppose the planets in Virgo over the next day, bringing needed assistance, drawing on resources that may be released at this time. Mercury applies with a quincunx aspect to Uranus, with some unexpected, media coverage that motivates responses from health and service oriented charities, as Mercury is also in opposition to Chiron in Pisces.  A reservoir of resources could be released at this time.

Saturday August 20th – Quick and precise action is the calling of the day, both for success and for rescue of those in danger, releasing others from the threat of death. The Moon is semi–sextile (30 deg) to Uranus (quick action) and in opposition to Jupiter (successful rescue) and quincunx the Sun in a short time-span today, while Mercury is in opposition to Chiron (wounded healer) and quincunx to Uranus (ingenuity). Mars is just two deg from the conjunction with Saturn, necessitating focused goals (Mars), refinement of purpose that will approach universal problems (Neptune in Pisces) with a more limited (Saturn) humanitarian approach (Sagittarius).  With the Moon (in Pisces) quincunx to the Sun in Leo today, we get some satisfaction, either indirectly or a relief of guilt, knowledge that we have provided assistance, and are able to move on, as the Moon enters Aries to begin a new cycle.

Sunday August 21st– The Moon in Aries will be in a trine aspect with Mars and then Saturn today, awakening any latent interest in sports events, political campaigns and general legal issues announced today. We can feel in harmony with events and in sync with humanitarian appeals. Although the Moon will be in a harsh (90 deg square) aspect to Pluto today, the conflict of self and organized power (Pluto in Capricorn) can help us set goals for the remaining phase of the soli-lunar cycle. Some political issues are more intensely debated, as conflicts and contradictions develop (Mars and Saturn in Sag).

Monday August 22nd – Jupiter (in Virgo) is the dispositor of the planetary pair Mars and Saturn in Sagittarius. Jupiter is also in conjunction with Mercury, and as the four planets are thus linked, it indicates the “fix-everything” plans that emerge at this time. Virgo wants to be of service, while Sagittarius has the social ideals for outcome. This may be in conflict, even as social ideals are in conflict. Political correctness is but a catch-all phrase for an idealized social contract. The details may be altered from time to time, although a consensus is sometimes achievable. As the Moon enters the earth sign Taurus the Sun enters the earth sign Virgo, hence the favorable trine aspect between them promotes ease and progress.

Tuesday August 23rd – The predominance of earth signs allows for practical views to be expressed, while political ideals are unresolved. Wider media coverage (Jupiter conj Mercury in Virgo) can help resolve the impasse in sports, politics and legal matters (Mars–Saturn conj in Sag).  With Neptune in a harsh square aspect (90 dg) to the pair in Sagittarius, hidden matters are exposed, or even confused more in complexity, raising more questions with regards to policy (Saturn in Sag).  As practical matters are favored (earth signs, Moon in Taurus) the rejection (Neptune) of conflicts of interest (Mars and Saturn conj) could lead to the downward spiral or dispersal (Pisces) of a political campaign.

Have a great week, and thanks for reading my notes. To comment please send email to: comment@shoshananeshri.com  Sign up for the mailing list to receive your weekly aspect review in your own mailbox. Please send your name and email address to subscribe@shoshananeshri.com