As we try to understand what is taking place in power center Washington, DC (Pluto in Capricorn) we are most likely concerned about how the Populist government will affect our personal lives (Moon in Cancer opposes Pluto) in the near future. Power structures remain strong (earth sign Capricorn), although individual lives are subject to emotional (water sign Cancer) and therefore fluctuating and subject to internal and external stresses. All planets are in direct motion until Jupiter turns retrograde on February 7th.

Wednesday January 11th – Mercury is now moving direct and is in the last degree of Sagittarius today, while the Moon in Cancer is trine to Venus and Neptune in Pisces. Moon at the natal US Sun position stimulates national expectation, and a degree of patriotism.  Venus and Neptune inspire hope for the future. However, in Pisces, the future remains cloudy.  A lack of clarity remains in the transitional phase this week.  While authoritative  voices and actions could help balance the negativity of the Jupiter–Uranus opposition, being able to hold that place as a mediator or regulator is very difficult, not a task for the novice. In fact, misplaced authoritative moves could increase the volatility of the Uranus–Jupiter (opposition aspect – 180 deg) tensions. 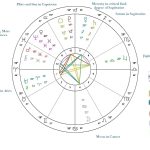 Thursday January 12th – Mercury ingress Capricorn today, prompting a more positive press (Mercury denotes communication).  In the final degree of Sagittarius, a critical degree, there could be much analysis and criticism. However, status seems assured, as traditions are followed. Sun, Pluto and Mercury are in Capricorn while Saturn – the dipositor of the planets in Capricorn is in optimistic Sagittarius. The Full Moon brings issues to a culmination, and point of pride and accomplishment. A Grand Cross formation at the Full Moon, with Jupiter and Uranus 90 deg square aspect to the luminaries, culminates the cycle. Stations are confirmed, politicians have their day. A firm commitment helps keep your diet and routine in order.  A true bucket or (also called a basket) formation is seen momentarily, with the Moon as the handle. Certainly the individuals (Moon) had a say in creating the situation, whether or not they agree with the outcome.  This formation has consequences for the administration formed in some manner of stability for the next four years.

Friday January 13th – Venus conjunct Neptune in Pisces, suppresses overwhelming issues with kind words or promises. Exaggeration is also a product of this aspect. Stretching the truth, or the unrevealed, can act to repress criticism. The result could be to increase unconscious pressure. Humor is allowed with some reservations. Mars in Pisces could be a trigger point. While not acting directly, as Pisces is a position of introversion for Mars, a group leader can inspire followers to act aggressively and possible flash points are the result, as Mars is approaching a square (80 deg) aspect with Saturn, quincunx Jupiter and semi–sextile to Uranus. The creative aspect of the Moon in Leo quincunx Neptune and Venus in Pisces results in little as far as concrete action.

Saturday January 14th – The Moon in Leo makes a 120 deg aspect to Saturn, an easy trine aspect, while Uranus in Aries is trine the Moon and Saturn.  The Possible motive is glory (Leo) for any severe disruption today. Political direction and destructive impulses are also triggered. Limited or focused (Saturn) violent acts (Uranus) may induce pain or suffering on even the perpetrator (Moon).  Saturn, in a sextile aspect (60 deg) to Jupiter, may be able to limit the effect, or conform to a more socially accepted expression of the energy involved. This could in fact be ridicule, boasting (Leo) and some consequences of the forms chosen. It could be intended as sarcasm, or higher-minded forms of parody.

Sunday January 15th – The Moon in Virgo trine Mercury, Virgo’s ruling planet and thus the dispositor of the Moon, responds (Moon) to the media (Mercury) from the point of view of the common working class man/woman. Are there any benefits to help raise the standards of the average worker? Or the immigrant who is either needy or even undocumented?
The questions needed to address the migrants and the homeless (Neptune, Venus and Mars in Pisces) issues remain unanswered, and a sore point for the current era. Mars is still in aspect with Uranus and Jupiter, as well as Saturn (square aspect – 90 deg). The intensity of this could produce violent backlash.

Monday January 16th – The Moon in Virgo is trine to Pluto today, an expression of massive protest, however peaceful, could then become more violent, as the Moon is opposed by Mars and Chiron in Pisces. Many protesters now seek to redress government policy (Moon and Saturn in a square aspect). Security and police force could be used to quell protests. Regard for the disenfranchised in the population should be addressed in the democratic tradition. The rights to protest, the rights of free speech need to be recognized.

Tuesday January 17th – The Moon ingress to Libra today indicates a need to balance (Libra) the legality with the principles involved (Mercury in Capricorn). Limitations (Saturn in Sag) need to be clear as to the forms of protest and legality of modes of formal office expressions because of the capacity and ability to promote actions through example.  De-legitimizing individuals or classes filters down, as we see in the actions of terrorists and democratic populations alike. The Libra Moon could be the legal actions brought to address this problem. Promoting higher principles through example should be a leader’s concern.

Are you interested in improving your health?  Please visit my website to read some important news in this regard.