With a New Moon on the 27-28th of January, the cycle of regeneration continues. At 8 deg Aquarius, the incubating spirit of freedom expresses itself in action.  The Chinese New Year begins with celebrations at this auspicious time. Within a few hours of the Sun–Moon conjunction, Mars enters the sign of Aries, the sign of its home domain, initiating the spirit of the New Moon, the era of a search for freedom. A radical cycle is likely to ensue, as Uranus in Aries is the dispositor of the Sun and Moon. The soli-lunar energy, in other words, goes to increase the power of Uranus, an unstable actor with a radical agenda. One might read this differently if an alternative US President had been elected. One might see the beneficial outcome of renewed energy in the pursuit of freedom for the disenfranchised or homeless, or impoverished people. In any event, Mars entrance into Aries, along with the New Moon in Aquarius, initiates an innovative era as the new administration takes the helm.   And the world is watching.

Wednesday January 25th – Jupiter in Libra could be interpreted as a voice for freedom, with the quincunx aspect of Venus–Chiron in Pisces. Freedom from tyranny and oppressive government rule is ultimately a cry for democracy, a government with participation by those ruled, of the people, by the people and for the people. Taking a stand, the heroic impulse to speak out against oppression, encourages heroic measures. New voices now arise.  With Venus and Chiron conjunct in Pisces, this is a very good aspect for healing of the feminine nature, deeper understanding of the role of women, archetypical role models throughout history, the liberation of women in society, the workplace and an end to domestic violence.  The Moon in Capricorn ( a feminine sign) is sextile (60 deg) to Neptune just hours prior to a lunar conjunction with Mercury in Capricorn, exposing many of the limitations society has place on women.

Thursday January 26th –  The lunar passage projecting over Pluto’s orbital path today, is followed by a square (90 deg) aspect to Uranus, igniting another round of inflammatory accusations, probably form the future president of the US, although also in Israel the Prime Minister is under investigation for corruption charges. Individual expressions of outrage over a variety of topics are likely to erupt as well.  Opinions are expressed without end (Venus in Pisces square aspect to Saturn in Sag). 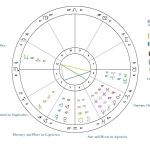 Friday January 27th – The Moon enters Aquarius early today, preparation for the New Moon later in the evening (US times).  Chiron quincunx to Jupiter signals a need for healing that proceeds with an unexpected dose of charity (Venus and Chiron in Pisces), expanding universal understanding (Jupiter in Libra an air sign).

Saturday January 28th– Mars enters Aires, the sign of new beginnings, where it has strength as the ruler of the fire sign. New initiatives are bold actions, with virtually no opposition, actions are made that could have wide implications for the meaning of power. Initiatives that are bold, and as of yet have no recourse immediate modifiers in the field.  Lone actions can be limited in effect or naïve, as though made loud in an empty room. The new lunar cycle has yet to unfold, and much remains in the incipient, unrealized state. Creative protests are the mode de jure (Jupiter quincunx Venus and Chiron, Venus square to Saturn in Sagittarius). Crowds celebrate with continuing protests and festivities world-wide.

Sunday January 29th– As the Moon in Aquarius forms a sextile (60 deg) aspect to Uranus, a trine aspect (120 deg- easy aspect) to Jupiter and then a sextile aspect to Saturn, as attention turns to increased participation, greater universal power is expressed through the many symbols and signs invoked. Uranus is increased in power with the New Moon in Aquarius, and opposed to the heightened Jupiter with aspects to the Moon, Venus, Chiron and Saturn. Saturn’s role is in the background, as a stabilizing or guiding force. It does not seem to be overly emphasized, so that participation in activities is maintained but the presence is not oppressive.  The sextile aspects to Saturn denote a compensating or working arrangement. Mercury (communication) is conjunct to Pluto, as broadcasts are simultaneous and non-stop.

Monday January 30th – The Moon ingress to Pisces disburses the high energy, as it conjuncts Neptune with greater empathy and awareness in the developing cycle of time. Authority is maintained, as Pluto and Mercury are disposed of by Saturn in Sagittarius. With new roles to fulfill, healing and repair are priorities (Moon, Neptune, Venus and Chiron in Pisces). The wounded healer Chiron is yet quincunx to Jupiter the expanding power of balance and justice.

Tuesday January 31st – Mars in Aries is a self-motivating energy, direct in nature, and with goals clearly defined. As the dispositor of Uranus, it wields tremendous power. Yet, Mars does not form major aspects to the remaining planets, so that the energy seems self -contained. It is an apparent time of rest and recuperation for many while a new force is reaching out for influence, developing at the same time, for a proposed new era for the world.

Are you interested in improving your health?  Please visit my website to read some important news in this regard: www.shoshanawerbner.com