The Mars–Jupiter square in cardinal signs (Sagittarius and Libra) represents a challenge to peaceful resolution. While more balance is sought in our lives, more conflict is created. A strict yardstick may be applied, and measurements taken. However, the real issues may be far from a resolution.  The Moon in Sagittarius will favor Jupiter’s view (harmony and balance), until the vision of peace is almost real.  Adding an aggressive approach (Mars in Capricorn), and a less generous time-frame, Mars conflicts with the status quo which has its own state of equilibrium. This may not be the equilibrium of the legal system, and therefore, adding legal assessments can disrupt the peace.  Mercury in Libra prompts us to balance our thoughts, and may lead to new discoveries by using a more balanced yardstick.  Implicit bias, resulting from personal orientation is challenged in the legal system and in the eyes of public opinion.

Friday October 7th – The Moon and Saturn in Sagittarius today, seeks elevated (Sag) principles (Saturn) that the Sun with Jupiter and Mercury in Libra, are attempting to balance by expanding and reporting on issues. Mars in a square (90 deg) aspect to Jupiter could upset the balance that was intended, the marriage that didn’t go off as planned, or the events that were suddenly canceled for technical issues that arise. Saturn is disposed of by Jupiter and Venus in Scorpio is the dispositor of the three planets in Libra (Sun, Jupiter and Mercury).  Therefore, one might anticipate that the standards may be adjusted according to circumstances. Jupiter could be the means to open a pathway for the more traditional views to be modified (Mars in Capricorn). Venus in Scorpio (union) could then arrange an agreement to the benefit of the gathered company.  The Sun in a square aspect to Pluto in Capricorn, may object or add another roadblock to peace. Proposed changes to the law or to the proposed reign are again in jeopardy.  The balance between democratic government and authoritarian rule is a major sticking point. 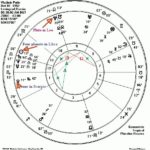 Saturday October 8th – The Moon now in Capricorn transits Mars, bringing some relief or modification to the harsh sentence issued by the strong leadership. V. Putin, with the Sun and three planets in Libra, and Mars in Sag in his natal chart, is currently a figure of interest.  His direct although secretive style (Scorpio on the Ascendant) is typical of a totalitarian regime. With Pluto on the cusp of his natal 10th house, he has the public image of a self-regenerating power figure. His persistent self-aggrandizement as an all-around sportsman confirms the Pluto in Leo on the 10th house (cusp of the 10th represents how his image is portrayed and remembered).  The three planets in Capricorn today, are closely squared (90 deg aspect) to the three planets in Libra. Every claim is met with analysis. False claims are destroyed by evidence to the contrary.  Checks and balances are operating overtime. The challenge (square aspect) to agreements (Libra) and the sanctions imposed (Pluto in Capricorn) come into play in this configuration. Testing of limits leads to explosive potential (Uranus opposes Sun).

Sunday October 9th – The lunar transit of Capricorn encounters Pluto today, and will make the 1st quarter square aspect to the Sun. A crisis in development (1st quarter solar-lunar phase) will erupt (Pluto). Taking the helm or deepening the crisis, Venus in Scorpio is disposed of by Pluto, so that issues regarding marriage, legacy and hidden matters, secret liaisons, etc., could surface at this time. Mars in Capricorn is applying to the sextile aspect with Neptune in Pisces (approaching 60 deg), as the Moon is sextile to Venus in Scorpio, so that digging into the past is again indicated. Nothing seems to be off-limits (Neptune in Pisces = dissolution of boundaries).

Monday October 10th – The Mars sextile Neptune aspect could prompt the release to the public of financial records or more damaging information on public figures. While attempting to settle some issues, another kettle of fish is opened to view. Venus is approaching a trine aspect (120 deg) to Chiron in Pisces. There is satisfaction in some quarters, and discontent in others over the expose.  The Moon transits into Aquarius later in the day, as analysis and statements are published perhaps to distance some personalities from the revelations, or to put them in perspective.

Tuesday October 11th – The Moon in Aquarius stands at the mid–point between Mars in Capricorn and Neptune in Pisces. The individual, the electorate is called upon to judge. With Mercury and Jupiter conjunct in Libra, the informed electorate is drawn into the debate and with matters of interest for personal success. Venus in Scorpio is closely quincunx (150 deg aspect) to Uranus in Aries, as upsets can still reverse public opinion.  The Moon is disposed of by Uranus, and shows that the impact of the media and public opinion is at a tipping point. The Moon is trine (120 deg) aspect to the planets in Libra, and sextile (60 deg working trine thus a favorable aspect) to Saturn in Sag (political stability). A balance between innovation and stability is sought.