This week has the forward thrust of planets in Aries, while the Sun is in Aquarius, the Universal sign of brotherhood. The unity of human aspirations is emphasized here. Mercury in Aquarius will be in a sextile aspect (60 deg) to Venus and Mars in Aries this week. Intention is crucial to success. Jupiter turns retrograde and begins the approach to the opposition with Uranus in Aries, a doubly approaching (strong) aspect begins to form, with could result in overturning standards and reversing policy.  For some this will be an awakening, or a hard landing.  Jupiter in Libra will try to modify the harsh Uranus action which seemingly holds too much power. The Full Moon eclipse on Friday night could indicate a change of course for the world at large as well as for individuals in their own affairs.

Wednesday February 8th – An impulse for correction of over-reaching power (Uranus in Aries) lies with Venus and Mars in Aries, as the Cancer Moon opposes Pluto. Thus, and undermining of centralized power (Pluto in Capricorn) can be achieved.  The inner voice of wisdom (Chiron in Pisces) could be difficult to attend to (quincunx to Jupiter in Libra).  Pushing ahead could be an extreme choice of action. When other options fail, this course is then correct.  The Book of Changes (Yi Ching) gives wisdom in this regard. For when other options fail, extreme measures are called for.

Thursday February 9th – Mercury in Aquarius opposes the Moon in the early part of the day, showing an abundance of electronic media performances and creative productions.  The Twitters could outweigh the mainstream media, as Venus and Mars are trine to the Moon, allowing for a strong personal expression in the art of communication. A new wave could hit the cyber stream with high ranking members of government or religious organizations expressing personal views. (Saturn in Sagittarius is trine Uranus and sextile to Jupiter). 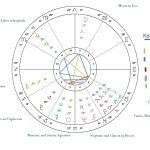 Friday February 10th – The Moon in Leo (fixed fire sign) is willing to create a big effect, and with the Full Moon later tonight, will also aspect fire planets, while forming a Grand Trine major configuration with Saturn and Uranus, in the fire signs Sagittarius and Aries. Energy flows easily, helping friend and foe. While Saturn and Uranus are dissimilar in action, this could lead to a heightened effect, a controlled yet transformative action, premeditated or dramatic production. Hopefully, security remains on guard.  No immunity for public figures in the comedy of satire (Jupiter is quincunx to Chiron) helping to bring the message home.

Saturday February 11th – The Full Moon eclipse helps us to break down stereotypes and reverse actions, with a long range effect. There would be a shift in public opinion as the retrograde Jupiter opposes Uranus.  The Sun is trine aspect to Jupiter (easy 120 deg) expanding the effect of the Uranus reversals to integrate into the greater global community. Mars in his home sign of Aries, is strong and combines the effect of Venus and Uranus in one overwhelming demonstration of power or talent. A legal framework is providing the catalyst for the action, as Saturn in Sag is disposed of by Jupiter. Jupiter is disposed of by Venus in Aries, disposed of by Mars. Personal initiative thrives in the stellar arrangement. The Moon enters Virgo later in the day. Analysis of events and criticisms are again open for review. We look more closely at the effect of dramatic events and entertainment on the welfare of the general public (Moon trine Ceres).

Sunday February 12th – Emergency aid could now be called for, either for illness or the after-effects of the weekend, a massive hang-over.  Events may yet be building for the continued protests and anti-establishment rage, culminating in the combustive meeting of Mars and Uranus on or leading to the 1st of March.  The Moon opposes Neptune, drawing out the pent-up energy of this symbol of distressful conditions. Vulnerable individuals are in need of assistance. Police forces and riot control forces are needed over the week-end, as larger groups are demonstrating.

Monday February 13th – The Moon in Virgo opposes Chiron early in the day, with awareness for charity and practical steps to assist the homeless or migrating people fleeing oppression, and a possible release of prisoners today.  The quincunx to the Sun from the Moon (150 deg aspect) and the square aspect to Saturn from the Moon (harsh 90 deg) represent difficulties in obtaining and processing the assistance needed. The active Jupiter retrograde in the cardinal sign Libra opposes Uranus in the tightening aspect (180 deg) and this increases pressure to implement liberal policies and assist the afflicted. Mercury in Aquarius aspects the mid-point of the Venus – Mars conjunction in Aries– with a sextile aspect (60 deg) as reporting on humanitarian efforts and conflicts around the world continues at a rapid pace.  Details are more urgently demanded on all acts of terror and protest.

Tuesday February 14th– Intensity increases as those compelled to enter the fray are participating in the protests, adding pressure to overturn the ban on immigration from the counties selected by the Trump administration.  There seems to be also a lack of sensitivity for the plight of individuals seeking a safe haven. The Moon opposes Venus and Mars in Aries today, as Jupiter opposes Uranus in Aries. While this tug of war, with the courts system holding more power (Saturn in Sag) to ease the conflict, there is scant indication that the courts will act this week. Saturn will apply the brakes to the ongoing locomotive probably in the first week of March. At that time, Mars has progressed to the position of Uranus in Aries, and only after the scene has played out will the courts issue a decision on the legality of the ban on immigration.

Are you interested in improving your health?  Please visit my website to read some important news in this regard.